A year in the Potash industry 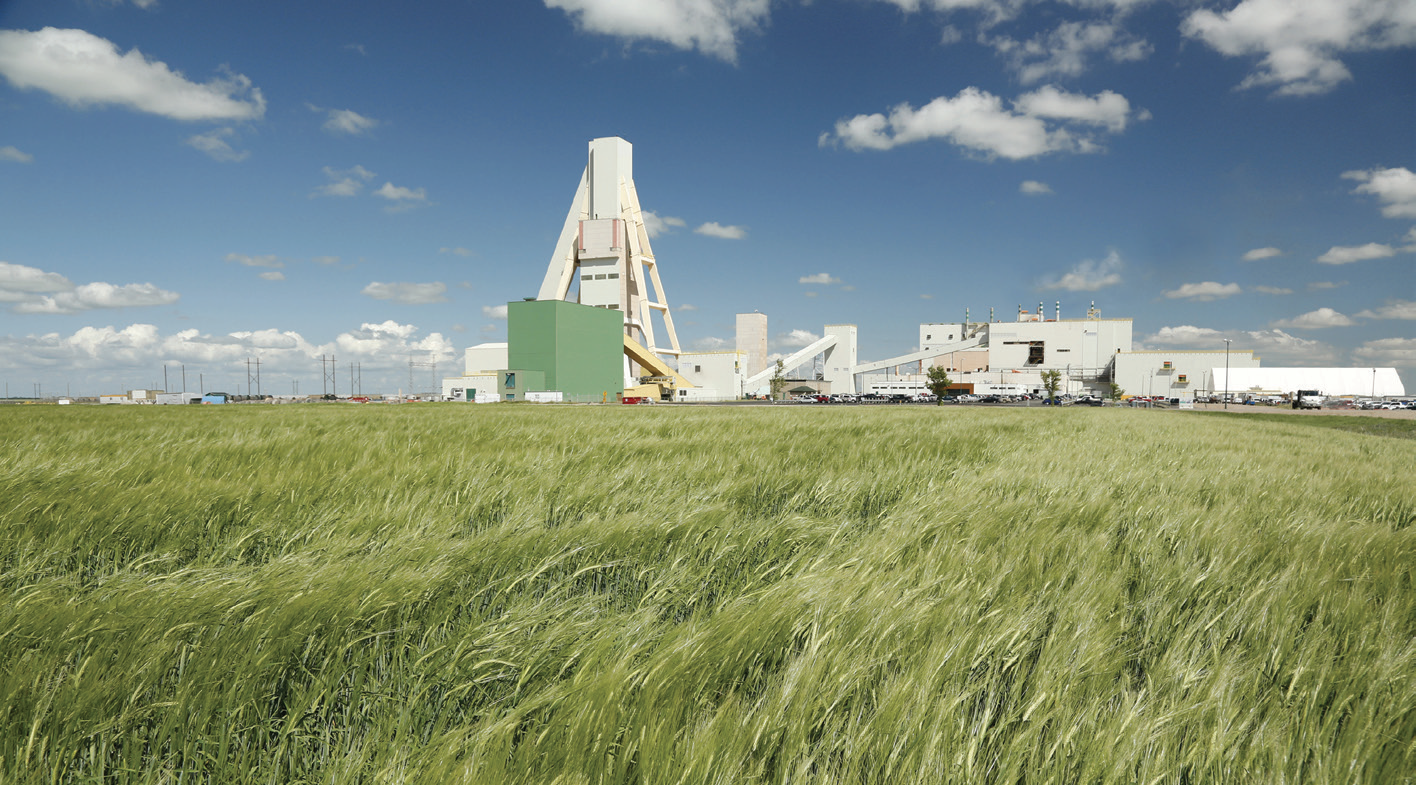 “Potash” is a generic term describing various forms of potassium-bearing fertilizer products. The most common of these products is “Muriate of Potash” or “MOP” which is potassium chloride (KCl) in a high-grade form. MOP provides the macro-nutrient in the formulation referred to as N-P-K, or Nitrogen-Phosphorus-Potassium. MOP is the product that will be referred to in this article. 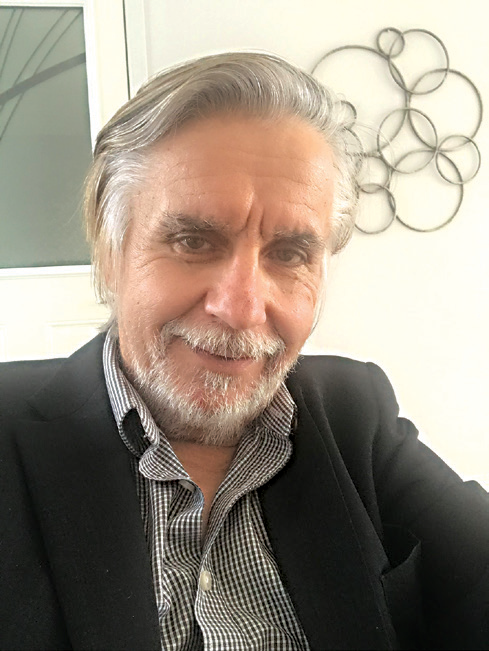 The potash business showed in 2019 that despite unique fundamentals, progress and growth in the sector is very much tied to global market demand, commodity price, availability of capital, and increasing awareness as to environmental responsibility and engagement with local communities and stakeholders. This is no different from other commodity mining and processing industries.

After a strong start in Q1, the potash environment proved to be challenging for the remainder of 2019 as slides in price reflected several fundamental factors. First, demand for potash weakened in Q2 and Q3 due to wet weather in the American Midwest that limited the ability of farmers to apply fertilizer. Demand weakness was exacerbated by China’s announcement in September that it was suspending potash imports. Decreased demand led to an oversupply situation among producers which was reflected by Mosaic shutting down “for an indefinite period” it’s Colonsay, Sask. mine and Nutrien suspending for an eight-week period production
at its Allan, Lanigan and Vanscoy mines. Even the recent start-up K+S Bethune mine was forced to curtail production by some 300,000 tpy.

In May, BHP Billiton Canada Inc. (BHP) announced that its Jansen Saskatchewan mine and production site “remains an attractive option, however, five years and an additional USD $5.3 to $5.7 billion in addition to its current investment of $2.7 billion is required to complete Phase 1 production. Overall, the Jansen Project is forecast to produce some 16 million tpy at full expansion.”

In October 2019, BHP announced that its Jansen Stage 1 Potash Project in Saskatchewan would be presented to the company’s board for a final in-vestment decision by February 2021. A further US$345 million in funding has been approved for engineering to support project planning and finalise a port solution for the project. Jansen Stage 1 is planned to produce 4.3 to 4.5 million tonnes per annum of pot-ash and BHP has indicated the execution investment would be approximately US$5.3 billion to $5.7 billion.

Expansion plans for global, new pot-ash capacity slowed in 2019, in part due to a possible oversupply situation developing due to new projects. Recent new additions such as Eurochem’s Gremyachinskoe and Usolskiy projects are capable of some 10 Mtpy during initial phases, Nutrien’s Scissors Creek expansion at Rocanville is capable of some 6.5 Mtpy, and the Mosaic Esterhazy K3 project and other properties in Saskatchewan, such as the K+S Bethune mine (also in Saskatchewan), are being ramped up and absorbed into the market.
Raising the capital required to build large (three Mtpy) mining and production facilities is always a challenge, however in 2019, the risk associated with financing large projects increased due to a number of global uncertainties, including the trade war between the U.S. and China and England’s continuing discourse concern-ing its exit from the EU. This was illustrated by Sirius Mineral’s failed USD $500M bond issue to be used for financing its Woodsmith polyhalite sulfate of potash (SOP) mine.

Nevertheless, world demand remains strong as reported by the Food and Agriculture Organization of the United Nations (FAO). World demand in 2019 for potash, in all its forms, is forecast to reach 68 million tonnes. Potash demand has been strong with a four per cent annual consumption growth over the last five years, which is well above the long-term average of 2.8 per cent. This growth is due to record demand from all major markets including Brazil, North America, China, India, and Southeast Asia. The firmness in potash markets is expect-ed to remain as the growth in global demand will adequately absorb new supplies from the slow rampups in worldscale greenfield projects.

In 2019, the term “food security” was increasingly used in fertilizer circles. This term is a function of availability, quality, and affordability. Amid un-certainties induced by recent trade disputes, world agricultural markets have, thus far, remained relatively stable; however, many regions of the world face significant challenges with food security. The fundamental causes of food instability include increasing world population and de-creasing arable land base, decrease in available cultivated acreage due to changes brought about by climate shifts, and declines in soil quality caused by depletion of micronutrients.

The above challenges affecting “big mining” sparked renewed interest in what is called “selective solution mining”, a type of solution mining that is claimed to be a more environmentally sustainable approach to potash production. Tied to this concept is the marketing strategy of allowing consumers to obtain a direct supply of potash in smaller scale lots. In this sense, selective solution mining is not simply a production technology, but a complete business model that uses smaller, modular mine and production facilities to make an MOP product that is sold to a specific end-user who may or may not be a co-owner of the facility. This model is characterized by environmentally more sustainable production capability and an associated simplified supply chain. Since the mines are smaller and generate little to no excess salt waste, the capital expenditure required to build such mines is much less than for larger conventional mines. Proponents of smaller scale selective solution mining projects include Gensource Potash, Western Potash, Buffalo Potash, and Beechy Potash Technologies.

Regarding small purchases (less than several thousand tonnes), the product can be shipped by truck, but for larger purchases railcars are more economic. For American sales, rail transport would first go from the mine to Regina where there is inter-modal capability and then from here it would be transhipped either to an American rail carrier or to CN or CP if the destination is an east coast or west coast port. Transportation by rail within Canada and the U.S. can be easily arranged. Fears of an over-crowded rail system in Canada due to ever-increasing volumes of crude oil shipments taking up additional track space are unfounded. The real reason for the congestion in rail shipments is the lack of specific rail tankers for specific products.

Western Potash Corp. (Western) be-gan and successfully completed drill-ing its horizontal cavern wells as the first step in its Milestone selective solution potash solution mining project. The first “pilot” phase of the project is a facility capable of producing 146,000 tonnes of granular KCl product annually. If the pilot operation is successful, Phases 2 and 3 could be implemented, adding an additional 1.4 Mt of capacity each.
CanPacific Potash (CanPacific), a Saskatoon based joint venture between North Atlantic Potash Inc. (a subsidiary of JSC Acron) and Rio Tinto Pot 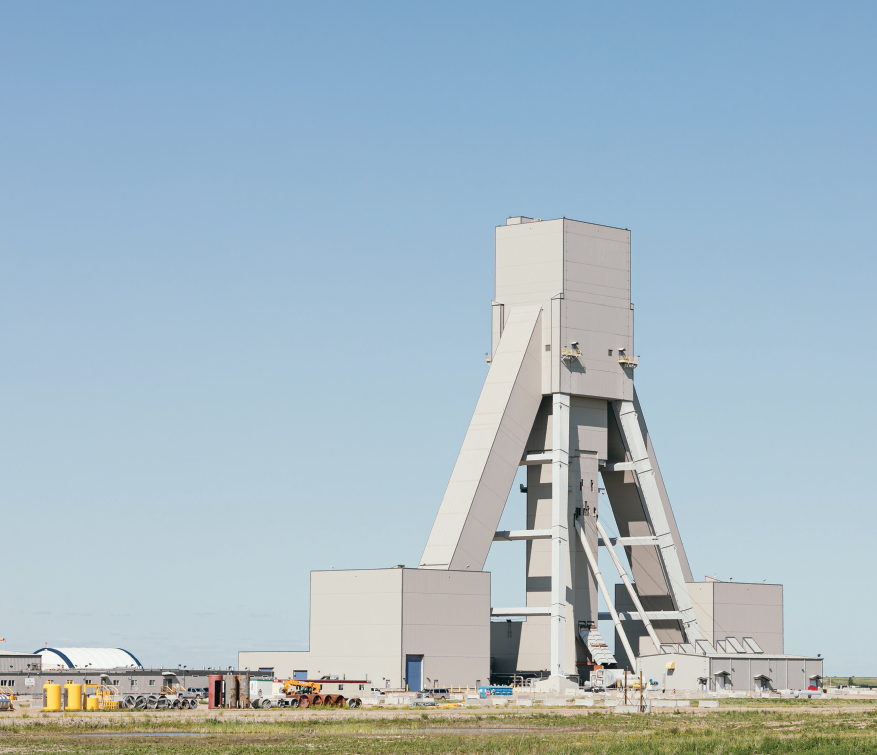 ash Management Inc. (a subsidiary of Rio Tinto plc.), received conditional environmental assessment approval for its Albany solution mining project southeast of Regina. The company is proposing to build a 3.25 Mt per year solution mine near the town of Sedley, with construction slated to start in 2020 and initial production anticipated in 2024.

Encanto Potash Corp., which proposes to build a three Mt solution mine in partnership with the Muskowekwan First Nation on treaty lands near Le-stock, Sask., continued to work to-ward obtaining financing for its project.

Overall, the large scale fundamentals for potash remain unchanged. The United Nations recently has said that it expects eight billion people to be on the planet by 2050. Population growth is a positive long-term driver for agriculture and fertilizer companies, and this has been one of the key arguments for many years in favour of supporting the potash fertilizer sec-tor, especially during times of sector weakness. Nevertheless, participants in the potash sector are more concerned with changes in the near-term fundamentals (oversupply, grain and fertilizer prices, inventories, geopolitical events, macroeconomic factors, etc.) and this is having a negative drag on current and potential potash sector investors. 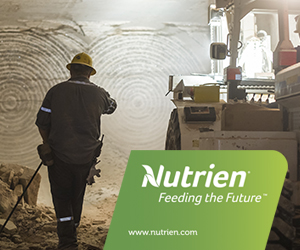