Black Mountain Gold USA Corp. (TSXV: BMG) (“BMG” or the “Company”) is pleased to announce that it has entered into a binding Memorandum of Understanding (MOU), dated effective September 5, 2022 although fully executed on September 24, 2022, with the shareholders of Equatorial Potash Pty Ltd (“Equatorial”), a private Australian company, for the option (the “Option”) to acquire up to a 100% interest in the Banio Potash Project in Gabon (the “Banio Potash Project”) by the acquisition of Equatorial from the current shareholders following completion of certain basic terms outlined below. Equatorial is the 100% owner of Mayumba Potasse SARL (“Mayumba”), a Gabonese company holding a 100% interest in Gabonese Exploration Permit No. G2-595 Potasse et Sels Connexes Mayumba renewed February 4, 2022 (the “Banio Permit”).

Farhad Abasov, Director, commented, “BMG is excited to have the opportunity to acquire the Banio Potash Project and to be entering the potash space as population growth drives demand for higher quality food products and as traditional sources of potash have come under pressure. The Banio Potash Project has strong potential, and its basic geology is similar to large potash deposits in the neighbouring Republic of Congo which have been found to be amenable to solution mining. The Banio Potash Project was drilled in the past and it is located in one of the best mining jurisdictions on the African continent, Gabon. Our team has extensive experience in the potash sector. In addition to the recent successful sale of Millennial Lithium to Lithium Americas Corp. team members were involved in founding Potash One in Saskatchewan and also in developing and selling Allana Potash Corp. in Africa.”

The Company anticipates that the MOU and the opportunity to acquire the Banio Potash Project represent a “Fundamental Acquisition” under the Policies of the TSX Venture Exchange the approval of which requires the Company to provide a financial plan, a technical report on the Banio Potash Project and other information to the TSX Venture Exchange. It is anticipated that the Company has sufficient working capital to meet its financial obligations under the MOU as well as other financial obligations for the next six months.

Terms and conditions of the Banio Potash Project MOU

The material terms and conditions of the MOU are as follows:

Table 1 Terms and Conditions of binding MOU with Equatorial Potash

Gabon is located in western Africa, on the Atlantic coast, and the Banio Permit is 1,244 km2 situated at the southern part of the country, approximately 50 km south of Mayumba and along the border with the Republic of Congo (see Fig. 1). Gabon has an extensive oil and gas sector and enjoys the 3rd highest per capita GDP in Africa. Major international companies with significant investments in the country include Fortescue, Eramet, Total and Shell.

The potash-rich Congo Evaporite Basin extends from the Republic of Congo into coastal Gabon and the Banio Potash Project area. Extensive oil and gas exploration identified potash-bearing seams in numerous exploration wells and widespread seismic surveys in the area suggest strong continuity of the geology from the Republic of Congo where current and past potash development projects include the past producing Holle Potash mine, Kore Potash’s ongoing development at Kola and Mag Industries’ Mengo project now held by Chinese developer Evergreen Industries. 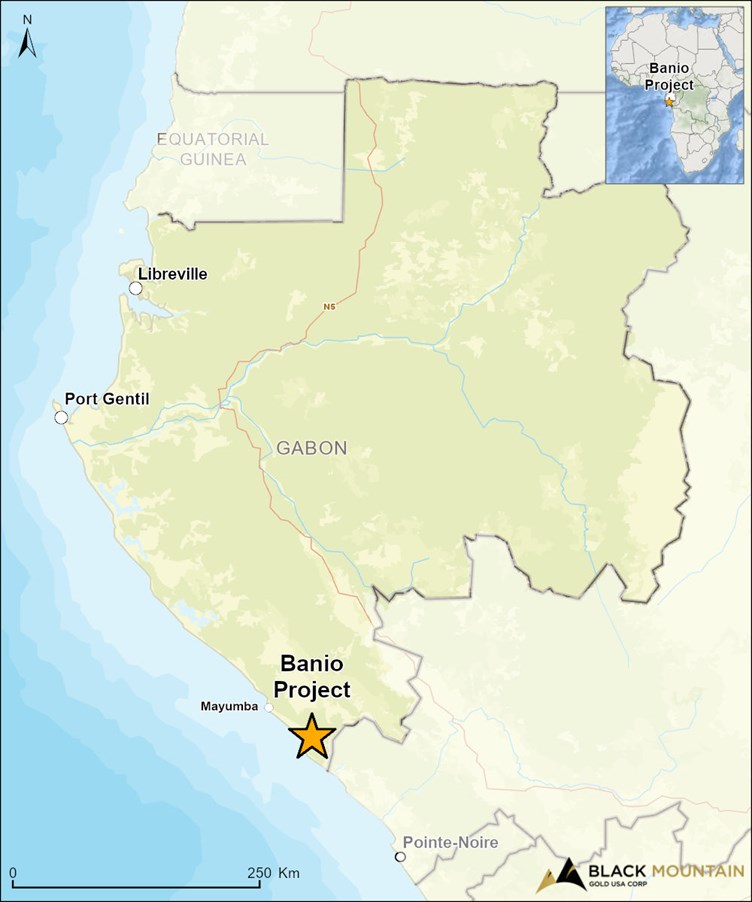 Exploration work on the Banio Potash Project was performed by Infinity Lithium Corporation Ltd. (“Infinity”) (a previous owner of Equatorial) and its predecessor company, Plymouth Minerals Ltd., in 2017-2018.

No qualified person has verified for the Company data disclosed publicly by Infinity.

The information below is provided only as an indication of the exploration potential of the Banio Potash Project and may not be representative of future results. All past drill core from the past drilling program conducted on the Banio Potash Project is on site in air-conditioned storage and available for further studies. Infinity disclosed that two of the wells intersected the target zone intersecting multiple potash horizons at depths varying from 230m to 530m below surface.

The Infinity News Release identified 10 potash horizons in the drillholes which are comprised of carnallitite and sylvinite using a 12% KCl cut-off grade and a minimum thickness of 4.8m (Table 3). Historic seismic data was cited as indicating stratigraphic continuity in the basin and supportive of correlation of potash horizons between exploration wells.

BMG has engaged Ercosplan Ingenieugesellschaft Geotechnik und Bergbau mbH (“Ercosplan”) to complete a NI 43-101 compliant technical report (the “Technical Report”) on the Banio Potash Project. This report will primarily summarize work done to date and recommend additional work programs going forward which will initially focus on data compilation and confirmation drilling. Ercosplan is a global leader in the potash industry and has extensive experience in the Congo Basin. Completion of the Technical Report will be required to secure TSX Venture Exchange approval of the Banio Potash Project MOU and it is anticipated that, upon its completion, the Technical Report will be posted under the Company’s profile on SEDAR.

In conjunction with the acquisition of the Banio Potash Project, BMG is planning a name change to “Millennial Potash Corp.” concurrently with receipt of final approval of the MOU. 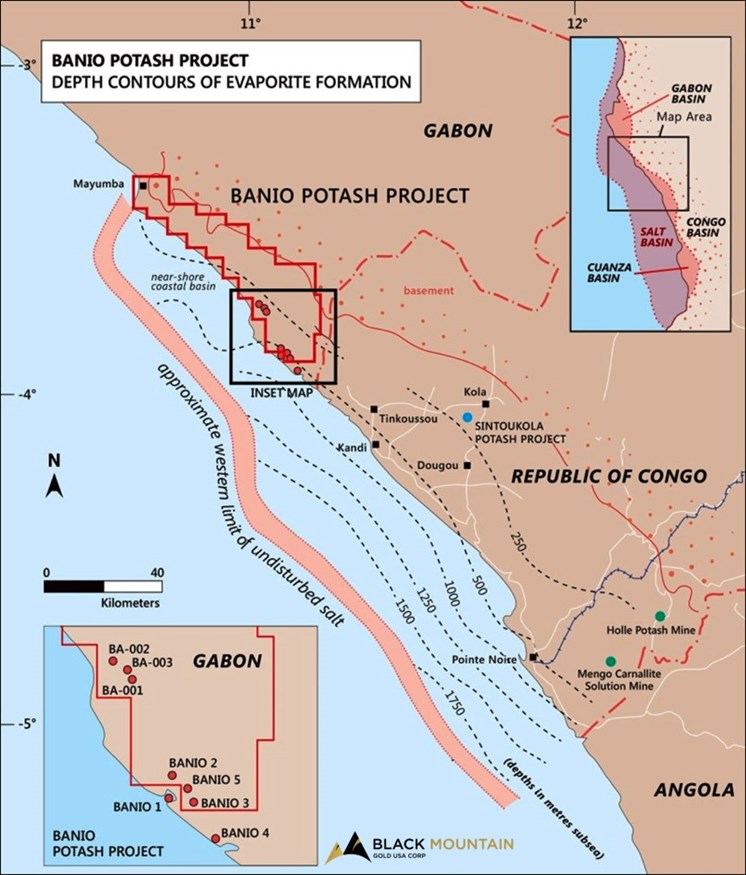 This news release has been reviewed by Peter J. MacLean, Ph.D., P. Geo, Director of the Company and a Qualified Person as that term is defined in National Instrument 43-101.

The MOU is subject to its approval by the TSX Venture Exchange.